“This is a heart wrenching and honest account of one mother’s and one family’s struggles with getting help for a mentally ill child.”          – Tim

Comments from students who read “A kingdom far away”

I read the book, A Kingdom Far Away, By Kari Gusso. Her raw account for her life as mother of three girls, the oldest of which has mental illness, really left me thinking about how there needs to be change. Not only change in the communities that support people with mental illness, but also the stigma behind mental illness. Her countless stories of Lauren being escorted by police officers due to suicide attempts or other problems was truly heartbreaking. The part that broke my heart the most about the book was that the institutions to help kids like Lauren were making her mental illness worse. Yes, some are better than others, but it seemed as if Lauren was left with PTSD and not a better future.This pertains heavily to mental health nursing because even nurses don’t know how to act when a person comes in with a suicide attempt or exacerbation of some sort of mental illness. With Lauren’s many diagnoses, it seems that a hospitalization could’ve been for something different every time. As a future nurse, I hope to be the person that has enough patience and understanding to treat someone with mental illness just as I would treat someone coming in for let’s say an emergency appendectomy. Someone who will do whatever it takes to get the answers and will treat the patient with kindness and love.It was even more insightful as Kari came to speak to our class. This opened up a new world of emotion for me having read the book because you could see the emotions written all over her face. I really enjoyed reading about their journey, as heartbreaking as it was sometimes. They are spreading awareness for this need in our community.

I read Kari Gusso’s A Kingdom Far Away, a memoir about a mother’s experience raising a daughter with autism, ADHD, anxiety, and depression. I was impressed with the use of first-person voice and how that gave the reader a first-hand view at being a parent of a mentally ill child (enduring stares in public, texting other family members to hide in their room, having to call the police on your own child, feeling helpless and alone). In addition, I liked how Kari talked about the difficulties Nikki and Megan had as the younger siblings—their activities and their needs sometimes got put on the back burner, even while Kari and Jared were doing the best they could. While I have learned to acknowledge the patient (in this case, Lauren), I think healthcare workers tend to forget how draining the illnesses are to those closest to the patient. I was really struck by the hurdles Kari and Jared had to go through simply to find their daughter an education. I do not have a child so I haven’t experienced the unconditional love that comes with it, but I would imagine at times that unconditional love could get a little conditional. Kari edged into this thought process a couple times throughout the book, but she always came back to the conclusion that Lauren was her baby, and there was nothing she wouldn’t do for her until she made it to see Jesus.

. My heart breaks for this mom and family and client because I know how real and undirected finding the “right” care and treatment can be. . It certainly was a voice of a mother that was tired and worn by the mental health system. At one of her daughter’s placements DBT framework was mentioned and I was hopeful this would be the one that took hold for them, but it didn’t.

. Mental health nursing is a unique challenge because each client is different and requires a different approach and set of interventions. This book made me feel extremely frustrated and saddened because as Kari states, Lauren will only be relieved of this intense battle once she moves onto her afterlife and reaches the promised faraway kingdom

.When I think of mental health, these are the exact things I think about —ADHD, depression, anxiety, and autism—but rarely do I think of the toll it takes on the individuals and families involved. This book sheds light on the things a mother had to struggle with on a daily basis – her other daughter, a job, having enough money to take care of Lauren – all while watching Lauren get rejected from school after school, friend after friend and wanting to her herself over and over. Not only is it a telling of what families go through, it is very obvious that there are limited resources around the country for individuals with severe mental illnesses. I didn’t keep track of how many facilities and times Lauren was placed in but it had to be upwards of 15 or 20, maybe even more. She went all over the United States, only to have the same results within a year of being there. I think the thing that struck me the most was in the epilogue where Kari said Lauren has PSTD and other illness now due to being in Mental Health Institutions and short-term behavioral health programs. Kari thought she was doing the best thing for her daughter but now it seems like maybe she was causing more harm then good. There needs to be more education and research done so that we can help those that are struggling with these severe mental illnesses.

While reading the book I couldn’t help but feel sad, for Lauren, for Kari, her husband and other two daughters. I can’t imagine being in Lauren’s position, incredibly frustrated all the time because no one wants to be a friend or seems like they want to hurt you. I can’t imagine being Kari, watching the hopes and dreams you had for a child melt away and coming to terms with the reality that is. I can’t imagine having to find a new place for her every couple of months, hoping that this time would be different and something would change, only for it to fall apart and need to start all over. I can’t imagine having a sibling going through that, watching your parents chose them over you time and time again but understanding why its happening. I adm

“Your presentation really meant a lot to us–and some of my students were greatly impacted. Thanks for taking time to be with us. I will definitely invite you again! ” -Kathleen B. Cook, PhD, BCBA-D Assistant Professor of Special Education 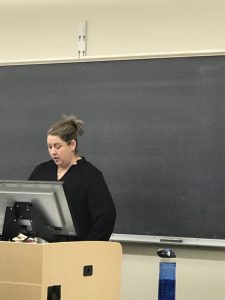 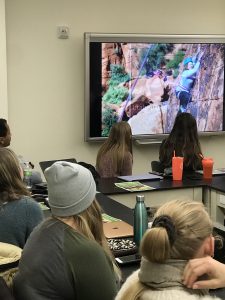 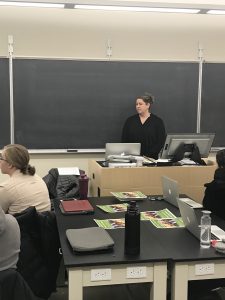 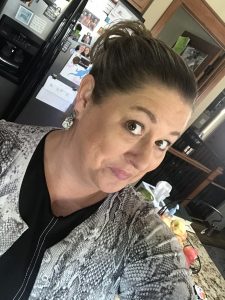 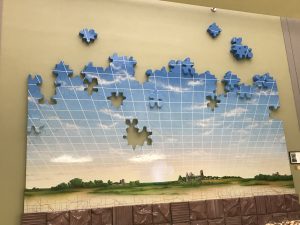 If you, or someone you know needs help, visit www.nami.org.

Use the form to the right or reach out
directly at crownfiction@outlook.com.